Paramagnetism: How Phil Callahan’s Discovery Can Super-Charge Your Garden

What’s in a soil? Would a rose planted in normal dirt smell as sweet? The secret to growing a thriving garden, whether it be your house plants, back yard, or full-scale agriculture farming operation, may be more than just fertilizer. As it is with human and animal health, one researcher discovered how subtle energy impacts the ability for plants to thrive as well.

Phil Callahan took special note of one force that went previously over-looked by other geological researchers,  a force called paramagnetism. Paramagnetism happens when the spin of atoms or molecules within a substance are able to temporarily align themselves with the direction of the electromagnetic field they are placed in; a moment where an internal magnetic field is created. This differs from magnetic substances that remain permanently aligned, even when they are outside of the applied magnetic field.

Paramagnetism is a particularly crucial factor in the quality of soil used for gardening. In order to measure these properties, the Phil Callahan Soil Meter was created. The readings are able to determine the strength of a paramagnetic force in a substance. Although many substances have been found to have paramagnetic properties, Callahan notes that highly magnetic volcanic rock is the best to add to a soil mixture.

“Paramagnetic force is light from rocks for the roots. The rock is actually a transceiver, collecting magnetism from the cosmos and throwing it back out to the roots. If you take a paramagnetic rock and put it into Dr [Fritz-Albert] Popp’s lab in Germany and measure it with his instruments which count photons one at a time, you’ll find that a highly paramagnetic rock puts out 2,000 to 4,000 photons. If you put that rock with some compost, if you treat it organically, it goes from 2,000 to 4,000 photons to 400,000 photons. Now you are generating a light for roots.” – Phil Callahan

When volcanic rock (typically processed into a small and easy to integrate form called “lava sand”) is added to the soil, it acts as a conduit for the universal flow of electro-magnetic frequency. This gathering power charges the soil, and encourages vitality within the growing plant in several ways. For one, it encourages a healthy microbiome in the soil, attracting earthworms, and healthy bacteria. Living soil = healthier plants. It also increases water retention, so plants are able to get their fill and stay hydrated.

While the rocks do not provide minerals for the plants, they have been shown to increase nutrient absorption, as well as seed germination and flowering rates. Paramagnetic soil is also known to help increase the plant’s resistance against frost and pesky insect invaders. Other ways to increase the paramagnetism of the soil include adding charred wood, calcium, potassium, ash, watering and aeration, as well as incorporating fresh, rich soil.

Ultimately, a garden without the paramagnetism, or subtle energy, of its soil being taken into consideration may be missing out on it’s ultimate potential. The same is true in human and animal health. The cultivation of this energy is paramount for the health and well being of all life, and as science advances, we are discovering many more ways to incorporate it into every aspect.

Rupert Sheldrake is a biologist, and has held positions as Principal Plant Physiologist at the International Crops Research Institute for the Semi-Arid 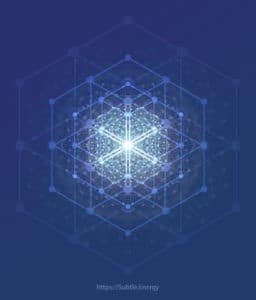 Jude Currivan presents an emerging view of information as physical reality, forming patterns at microscopic and galactic scales that are the same,

I just recently purchased Digital C60. And I am surprised that the Digital C60 Phone MILD image is only 812 Kb. In the past Digital Nootropic Mandala was 27.5 Mb. That’s a big difference. Is this OK?

Yes, that’s perfectly normal. The technology has evolved significantly since I first created Digital Nootropic, so the file sizes have gone down.