The Pineal Gland, Piezoluminescence and the Third Eye

Cultures throughout history have spoken of a gland in the center of the brain capable of receiving wisdom and knowledge nonlocally; that is, from a place other than the local environment via the five senses. Shaped like a pinecone, the pineal gland (from the Latin pinea, which means “pinecone”) is a diminutive gland that packs a powerful punch in terms of its impact on physical, mental and spiritual well-being. Though it is commonly referred to within the context of the brain, it is not technically a part of the brain. Whereas the brain itself is protected by the blood-brain barrier, the pineal gland is not. And in fact, second only to the kidneys, the pineal region receives more blood flow than any other part of the body.

In their article, Pagans Love Pinecones and Use Them in Their Art, authors David Bay and Rebecca Sexton point out numerous homages to the pineal region found in sacred art and architecture. For example, a pinecone can be found:

In his book, The Source Field Investigations, author David Wilcock mentions additional visual allusions to the pineal region, which can be seen in:

"The light of the body is the eye: if therefore thine eye be single, thy whole body shall be full of light." 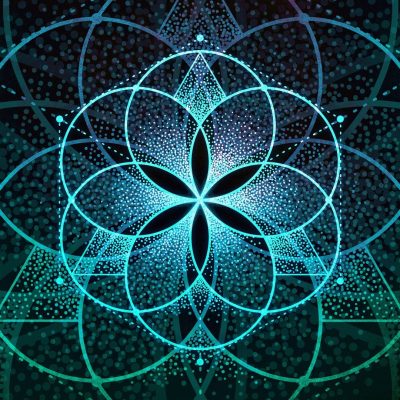 The Pineal Gland as the Third Eye

In his article for the Experimental Eye Research science journal, A. F. Weichmann writes:

“It is apparent that several relationships exist between the pineal gland and the retina. The similarities in development and morphology have been obvious for many years. A recent resurgence of interest in the field has led to a further understanding of many functional similarities between these two organs . . . . Although the mammalian pineal gland is considered to be only indirectly photosensitive, the presence of proteins in the pineal which are normally involved in the phototransduction in the retina, raises the possibility that direct photic events may occur in the mammalian pineal gland. This possibility awaits further study.”

Weichmann’s hypothesis states that pineal gland cells may modulate light signals in the brain by both receiving and sending them via the process of phototransduction.

S. S. Baconnier et al, in the Bioelectromagnetics journal, wrote about their discovery of the existence of 100 to 300 microcrystals per cubic millimeter in each of 20 different human pineal glands thoroughly examined by the team. These crystals have been found to have piezoelectric properties, meaning they expand and contract when in the presence of electromagnetic fields. This is a significant find in light of the fact that the brain is known to produce an electromagnetic field. And we know that radio stations can be picked by piezoelectric crystals without the use of electricity. So the notion that the pineal gland could play a role in the nonlocal reception of information is not so far-fetched after all.