How We Embed Energetic Signatures Into Digital Audio and Media Files

We live in an exciting day and age in which we are learning so much about what energy is and how it works.Einstein’s famous E = MC2 equation clearly illustrates that everything is energy.

I’ve spent the last several years of my life absolutely fascinated by this idea, and I’ve spent much of that time researching a particular kind of energy that is often referred to in the scientific literature as “subtle energy”.

Many questions remain, however, about the nature of each of these forces and what gives rise to them.

Some of these questions, for example, are:

To make a long story short, there are a new breed of scientists who are getting closer to answering these and other questions through their research in “subtle energy.”

In fact, many of these pioneering scientists are positing subtle energy as the missing “fifth force” of physics.

If you’ve ever heard of the terms qi, prana or life force, you may already have a clue as to what subtle energy actually is.

In general, subtle energy is any type of energy that falls outside of the four known forces in physics.

All energies outside the four known physics forces are so subtle that they cannot be measured by conventional electromagnetic instruments.

Nonetheless, we are able to scientifically measure the EFFECTS of subtle energy in a number of ways, so we can say beyond any doubt that subtle energy does in fact exist and it influences virtually everything in the world.

Princeton and MIT-trained physicist Dr. Claude Swanson has documented the incredible research that has been conducted on subtle energy is two landmark books, The Synchronized Universe and Lifeforce: The Scientific Basis.

In both of these great books, Dr. Swanson describes instances in which subtle energy was found to interact with various electrical devices.

I could go on and on about this technology, but to keep it short and sweet, let’s right down to the nitty gritty of why this technology is important and how it can help you.

Think of anything you want to be, do or have in life. Whatever it is you want to do, be or have has its own unique energy to it. (Remember Einstein’s famous equation.)

What I do is find creative ways of accurately representing and capturing the ENERGY of these various things (e.g., goals, states of mind, etc.) in digital format.

This is all done using a very scientific and replicable process. This isn’t airy fairy, wave-a-magic-wand hocus pocus that I recite over a digital recording.

Once I’ve captured that initial energetic signature digitally, I will then use another proprietary software to amplify that original signal billions and billions of times in a balanced way.

I can then take that final amplified signature and embed it into a Digital Energy Mandala picture file or an audio file in such a way that when it is opened on a computer, tablet or phone, it will emit the energy of that signature through the electronic device.

The scientific process I use to create each energetic signature requires a great deal of time to complete. So each individual audio and mandala you see represents much more value than might at first be apparent.

I’ve been a connoisseur of exotic subtle energy technologies for years, and I can tell you that each of the mandalas and audios contains energies that are as high in quality and potency as those found in other subtle energy products costing ten or even a hundred times the price. 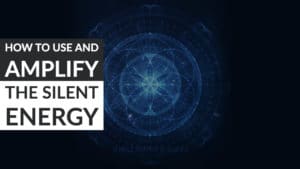 How to Use the Silent Energy Video 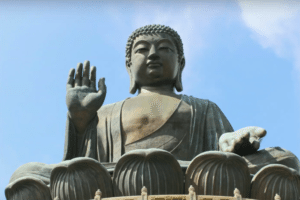 Allowing Yourself to Be Meditated