“Energy is your body’s magic! It is your life force. You keep it healthy and it keeps you healthy. If you are sick or sad, shifting your energies feels good. When you care for these invisible energies, it makes your heart sing and your cells happy!”

I recently coined the term digital energy medicine to denote any kind of beneficial subtle energy that is either produced or transmitted using primarily digital technology. I did this because, after four years of concentrated research and development of methods for integrating life enhancing subtle energies with digital technology and digital media, I felt this was the easiest way to describe this emerging energetic technology.

For those of you who may be unfamiliar with the term subtle energy medicine, you can find out more by reading this short but informative entry in Wikipedia. A simplified definition of energy medicine might be stated as any system of therapy that uses some form of energy to optimize the body’s own flow of life force energy.Subtle energy, on the other hand, is a term that refers to any type of energy that has some empirical scientific support for its existence but nonetheless lies outside of the four forces accepted by mainstream science: the strong and weak nuclear forces, electromagnetism and gravity. (Some scientists accept magnetism as a fifth force in physics.) Although the emerging field of subtle energy research indicates that there are numerous varieties of subtle energy, each with unique associated qualities and effects, there is evidence that, in general, subtle energy is intimately related to consciousness. In fact, Dr. Claude Swanson, in his wonderful book LIFE FORCE, The Scientific Basis, referred to the field of subtle energy research as “the natural bridge between the old physics and the new science of consciousness.”“Conventional medicine, at its foundation, focuses on the biochemistry of cells, tissue, and organs. Energy Medicine, at its foundation, focuses on the energy fields of the body that organize and control the growth and repair of cells, tissue, and organs. Changing impaired energy patterns may be the most efficient, least invasive way to improve the health of organs, cells, and psyche.”DAVID FEINSTEIN, PH.D.

I first became aware of the concept of capturing and embedding subtle energies into digital media in 1999, when I came across an ad for a series of CDs which claimed to have such energies (specifically, those associated with altered states of consciousness) embedded into them. I later learned that a few years earlier in the ’90’s, a Russian researcher had claimed to successfully capture life force energy on magnetic tape, which could then be embedded into music and transmitted by simply playing the music. Intuitively, this seemed possible to me. After all, sound is energy, and it can be recorded, stored and transmitted. Electromagnetic energy, as well, can be captured, stored and transmitted. So the notion that life force energy (or, at the very least, subtle energies closely related to life force energy) could be recorded, and stored and transmitted via digital technology, was not a huge reach for me.

Years later I became even more passionately involved in pursuing this idea of digital energy medicine when, after personally making significant advancements in the development of this technology, I discovered that my lifelong reality of experiencing severe bipolar depression every year of my adult life, for more than 20 years, had somwhow ended. Although I still experienced low energy states from time to time, I was no longer going through extended periods of time (lasting months) in which my entire emotional state felt as though I had been sucked into a bottomless black hole of misery, shame and meaningless. I was involved with the same spiritual practices (e.g., meditation, mindfulness and emotional releasing) that I had been engaging for several years. The only major element that had changed was my integration of an early form of this digital subtle energy medicine into my life and environment 24 hours a day, 365 days a year. Indeed, when running the technology in my home and on my computer, I often experienced extended states of flow and bliss while working for long periods of time.

The Scientific and Theoretical Foundations of Digital Energy Medicine

The science on which I first began to base this technology does not, at first glance, seem to be remotely applicable to digital energy medicine. However, I am deeply grateful to have been able to develop what I believe is an innate human capacity for recognizing creative connections that normally go unnoticed. As such, when first learning some of the principles I am about to share, my heart and mind were ignited with the joy and inspiration of possibility.

I will now offer a short introduction to some of the scientific principles that serve as the foundation for the work I do. But please keep in mind that, in the interest of limiting the length of this article, this introduction will be a super-simplified presentation lacking the many nuances, dimensions and capacities represented by the full potential of digital subtle energy medicine. Future articles will address many of these other aspects of the technology and its scope of transformative influence on modern life. In addition, I’m also working on a book about digital energy medicine that should be published within the year.

In 1997, physicist Dan Davidson published a book entitled, Shape Power: A Treatise On How Form Converts Universal Aether into Electromagnetic and Gravitic Forces and Related Discoveries in Gravitational Physics. While it probably didn’t win the award for the most layman-friendly title, Dan’s book presented years of fascinating research that he had conducted, which empirically demonstrated the capacity of shape and geometry to produce transformative subtle energy. Combining this research with his extensive knowledge of spiritual traditions, he formed a theory that. although developed independently, is strikingly similar, in some aspects, to other theories offered by researchers whose work of which he seems to have been unaware at the time of the book’s publishing.

I was already quite convinced of the existence of subtle energy because of my involvement as a teenager and young adult in a martial arts school with roots in the Shaolin tradition of Chan Buddhism. That extremely positive period of my life offered repeated and convincing proof of the existence of qi, which is generally defined in Chinese Medicine as the basic stuff of which the material world is comprised. Although some scientific evidence links qi with the human body’s natural electromagnetic field, we know that it is much more than mere electromagnetism, because distant healing experiments involving qi have sometimes incorporated the use of Faraday cages (which effectively block all electromagnetic signals), yet have still produced significant results.

Although not the only means of producing subtle energy and digital subtle energy medicine, the use of shape, geometry, angle, proportion, quantity and related principles is both practical and powerful. In this section, we will briefly explore the work and discoveries of some of the most important pioneers in the study of how geometry elicits the flow of life enhancing subtle energy. I highly recommend that anyone interested in learning more about this work invest time to explore the work of these pioneers more deeply. (A brief list for further reading is offered at the end of this article.)

An Austrian engineer by trade, Erich Korbler combined his knowledge of Traditional Chinese Medicine and acupunture with dowsing to synthesize a new form homeopathy, which was considered both revolutionary and controversial in nature. He collaborated with physicists from the Atomic Institute in Vienna, as well as the Max Planck Institute in Munich, to test some of his theories.

In the mid-20th century, Leon de Chaumery and Antoine de Belizal developed a subtle energetic science they called Microvibratory Physics, which they hoped would be accepted by the medical community. This vibratory science, also referred to as Physical or Medical Radiesthesia, differed substantially from the more popular Mental Radiesthesia, which projects the mental body (along with its subconscious attachments and aversions) through a prendulum in order to arrive at asnwers to various questions. In reality, Chaumery and de Belizal were openly critical of Mental Radiesthesia, since it can be very subjective. Their solution to this problem was to project thevital or qi body (which has no hidden attachments and aversions connected directly to it) through the pendulum instead.

Dr. Ibrahim Karim: BioGeometry and the Science of Using Shapes to Balance the Environment

Egyptian architect Ibrahim Karim (now living in Canada) inherited all the private scientific diaries and research left behind by Chaumery and de Belizal. As an outstanding steward of this important body of knowledge, Dr. Karim built on these foundations to develop an even more sophisticated energy science he refers to as BioGeometry.

Conclusion: Both two-dimensional and three-dimensional shapes can be used to create energetic environments which facilitate higher levels of harmony and balance.

Conclusion: Two-dimensional signs and symbols, rather than being mere representations of logical/intellectual meanings, are in fact condensed forms of energy with very real energetic effects.

This method required the use of specially calibrated pendulums which used specific shapes to detect what they termed shape-caused waves. In this way, they helped pioneer a method of using the human energy field as a scientific instrument for reliably detecting and measuring subtle energy.

So, now that we have established the fact that two and three-dimensional shapes, geometries, symbols and patterns act as subtle energetic antennas, how can we employ this crucial principle to generate digital energy medicine? I developed a software application, simply namedEnergy Amplifier Software, that does exactly this by extracting the subtle energy from such patterns and amplifying them millions of times. This is not the same software that is commercially available on this site. Rather, it is the private, proprietary software we use to create all the digital energy medicine available on this site.

Using this software, which is not yet commercially available, we can isolate the energy of, say, the Golden Proportion, and amplify it to virtually any magnitude necessary for even the most demanding of energetic balancing tasks. The software can then embed this energy into digital audio files, digital picture files and digital video files. And by incorporating other unique tools, we can embed this energy into almost anything else, including water, food, wallpaper, agriculture, school rooms, hospitals, entire electrical systems, flash drives, stickers, wifi towers, jewelry, supplements and much, much more.

We greatly welcome any further inquiries from researchers interested in conducting scientific research on our various technologies. If you or someone you know may be interested in this kind of research, please contact us at info@subtleenergysciences.net.

Karim, Ibrahim.  (2011) Back to a Future for Mankind: BioGeometry. BioGeometry Consulting Ltd. 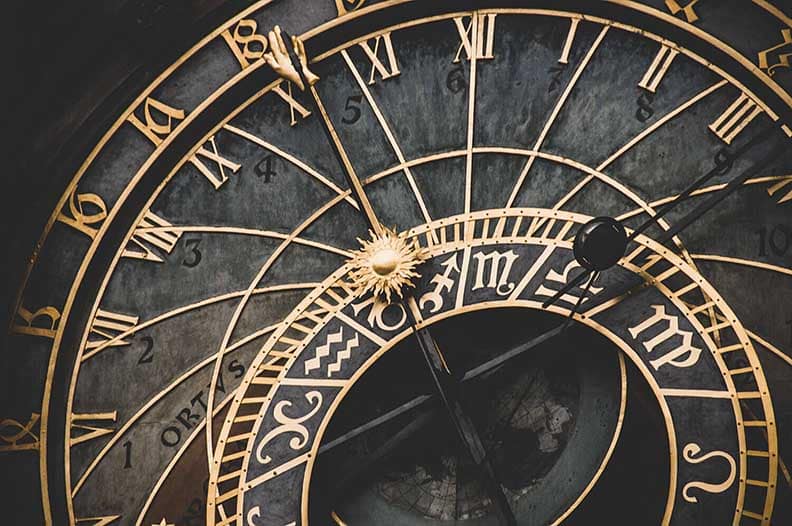 To what extent do the planets in our solar system affect life on earth? Some have compared the orbit of the planets to the rotation of electrons in an atom…

In Traditional Chinese Medicine, these energies aren’t seen merely as philosophy – they are literal energies that govern health and balance in our lives…